Enroute to Okinawa, I watched an inflight movie called Maudie starring Sally Hawkins and Ethan Hawke about a woman who painted beautifully and incessantly despite severe arthritis. 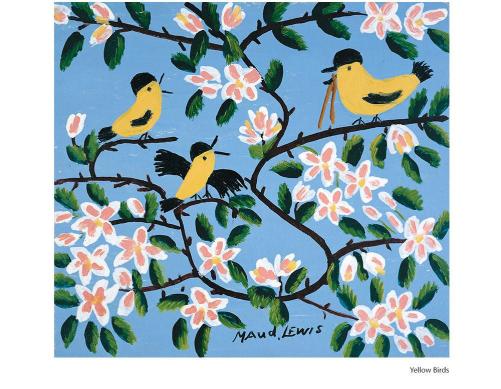 I only realised later that this movie was based on the true story of Canadian folk artist Maud Lewis, who lived with her fish peddler husband in a tiny one-room 16 by 12 feet house in Nova Scotia. Maud lived most of her life in poverty, and had never received any art lessons. 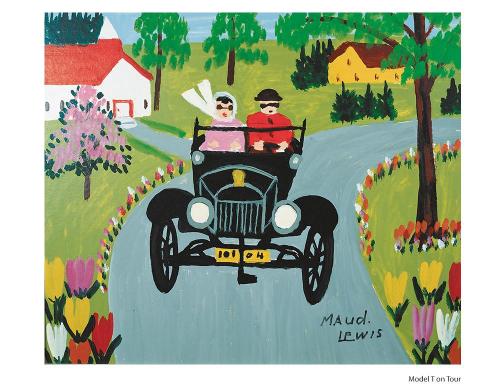 Maud didn’t travel much. She painted from memory, and from things she saw through the window from one corner in her tiny house. Her printings are bright and cheerful, and without shadows – quite different from the difficult life she led. Most of her paintings are on small canvases, due to limited space in her home. She even painted on almost every surface of her home.

Maud sold post-cards of her paintings for a few cents and later a few dollars. She gained recognition only in the last couple of years in her life after a TV programme featured her, and the White House during President Nixon’s presidency even ordered two of her paintings. But her arthritic condition had deteriorated by then and she could not paint much.

Her home and many of her paintings are now housed at the Art Gallery of Nova Scotia, where I downloaded the images from to show you in this post. You can also get prints of her paintings from the the gallery’s website. 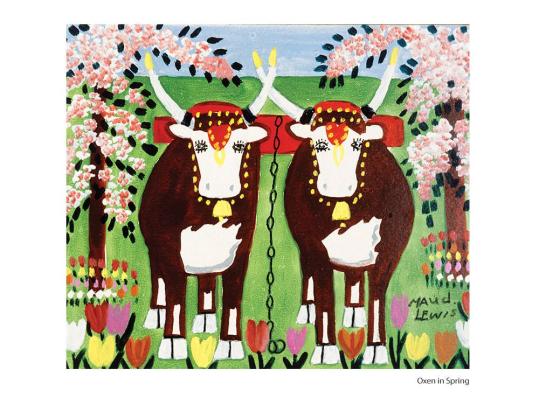 A replica of Maud’s tiny house. Image from theguardian.com